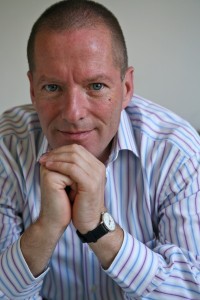 President of University of the People, Shai Reshef, is an educational entrepreneur, with over 25 years of experience in the international education market. President Reshef has been widely recognized for his work with UoPeople, including being named one of Fast Company’s 100 Most Creative People in Business; selected by OneWorld as one of its ‘People of 2009′; awarded an Ashoka fellowship; joined UN-GAID as a High-level Adviser; granted membership in the Clinton Global Initiative; granted an RSA Fellowship; selected by The Huffington Post as the Ultimate Game Changer in Education; nominated as one of Wired Magazine’s 50 People Changing the World; and selected as a Top Global Thinker by Foreign Policy Magazine.

His TED Talk: “An Ultra-Low-Cost College Degree” has been viewed by over 2 million people (http://www.ted.com/talks/shai_reshef_a_tuition_free_college_degree). Prior to founding University of the People, President Reshef chaired KIT eLearning, the online learning partner of the University of Liverpool and the first online university outside of the United States.