You are here: Home / About / Board of Directors / Dr. John G. Flores 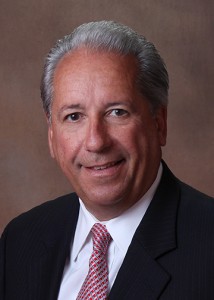 Dr. John G. Flores is an authority in the field of education, technology and telecommunications. As an Assistant Program Professor in Educational Leadership at Nova Southeastern University – Abraham S. Fischler College of Education, Dr. Flores, represents a global university focused on the creation, implementation and delivery of quality distance learning educational programs. In addition as the Managing Director of the Board of Directors of the United States Distance Learning Association Dr. Flores helps lead a global association focused on the application of distance learning for varied constituencies using varied technologies.

Moreover, Dr. Flores was President and CEO of Global Learning Network, a Seattle based company focusing on the development and broadcast of educational programming in partnership with the Direct Broadcast Satellite industry. Prior to this, Dr. Flores was appointed by Governor William Weld and later Governor Paul Cellucci to serve as Executive Director of the Massachusetts Corporation for Educational Telecommunications (MCET), a Quasi Public State Agency focused on the development and application of telecommunication initiatives for all Massachusetts K12 schools, State Colleges, Community Colleges, the UMASS System and numerous other State Agencies. At MCET , Dr. Flores led and worked toward the development of an award winning national organization that produced distance learning programming through the Mass Learnpike broadcasting network.

During his tenure he built MCET Corporation into an outstanding multi-million dollar business successfully combining federal and state telecommunications projects with the private sector. Dr. Flores has also served as a K-12 Superintendent of Schools in Massachusetts, a teacher, a coach and as an educational technology specialist in his previous professional experiences. Throughout his career he has used his leadership and knowledge to promote high expectations and improve the overall quality of school programs, student achievement and public awareness.

As a business person he has combined that same ability in the development and implementation of very successful business practices resulting in profitable companies and quality products. Dr. Flores currently serves on the Board of Visitors at UMASS, Boston. He is a member of the International Society for Technology in Education, member of the New England Coalition of Educational Leaders and Board Member and Chairperson of the Literature Review Committee of the International Journal of Instructional Media. Dr. Flores also serves as the Association Editor of the USDLA Distance Learning Magazine, a practitioner research journal focusing on distance learning technologies and applications. He was a former Board Member of the Massachusetts Telecommunications Council, Executive Committee Member of the Massachusetts Education Television Board, and Chairperson of the Massachusetts Quasi Public State Agency Council. In addition he has been a member of numerous advisory boards some of which have been the Board of Directors of Ball State University, Center for Information and Communication Services, the National Education Telecommunications Organization, the National Advisory Group for the National Institute for the Deaf where he was appointed by former Federal Secretary of Education Richard Riley for the planning and implementation of distance learning networks for hearing impaired citizens of the United States, the Massachusetts Telecommunications Council Board and the Editorial Board of the USDLA Newsletter Series.

He has been published in numerous journals and is a leading national spokesperson on educational technology and distance learning applications. He also co edited “Electronic 3 Learning Communities: Current Issues And Best Practices” published by Information Age Publishing Company.

As a distance learning consultant Dr. Flores has worked with numerous companies on distance learning technology and applications including Anderson Consulting, Booktech.com, Coalition to Connect Rural America, Consortium for Worker Education, the Educating Everyone Foundation and many others. He has been a special consultant to The World Bank, headquartered in Washington, D.C. As a member of the Bank’s Panel of Experts on Distance Learning he focused on low-cost, appropriate technologies and approaches for distance learning aimed at rural, isolated and nomadic populations in developing nations. Dr. Flores is a member of the USDLA Hall of Fame, Phi Delta Kappa, Pi Lambda Theta and numerous other organizations. He is listed in the International Who’s Who of Distance Learning and has published numerous articles on education and telecommunications with a focus on distance learning technology. Dr. Flores received his Bachelor of Science Degree from Boston State College/UMass Boston, his Master’s Degree from Boston University, and his Ph.D. Degree from the University of Connecticut.